The Cubot P40 is of course named after the Huawei p40 although at first glance this reference is not obvious. With the Waterdrop-Notch at the upper edge of the screen, one rather orients oneself to its predecessor, the Huawei p30. Fortunately, Cubot relies on a similarly compact form factor and implements a 6.2″ screen diagonal, while the current trend is more in the direction of 7 inches.

The low price isn’t noticeable in the screen size, but rather in the screen quality. The Cubot P40 is equipped with a HD+ IPS LC display, so you “only” get a 1520 x 720p resolution like in a Xiaomi Mi A3. This results in a pixel density of 270 ppi. This is a point of criticism in the Android cosmos, but the iPhone 11, currently the best-selling mobile phone, is forgiven for having such a low pixel density. 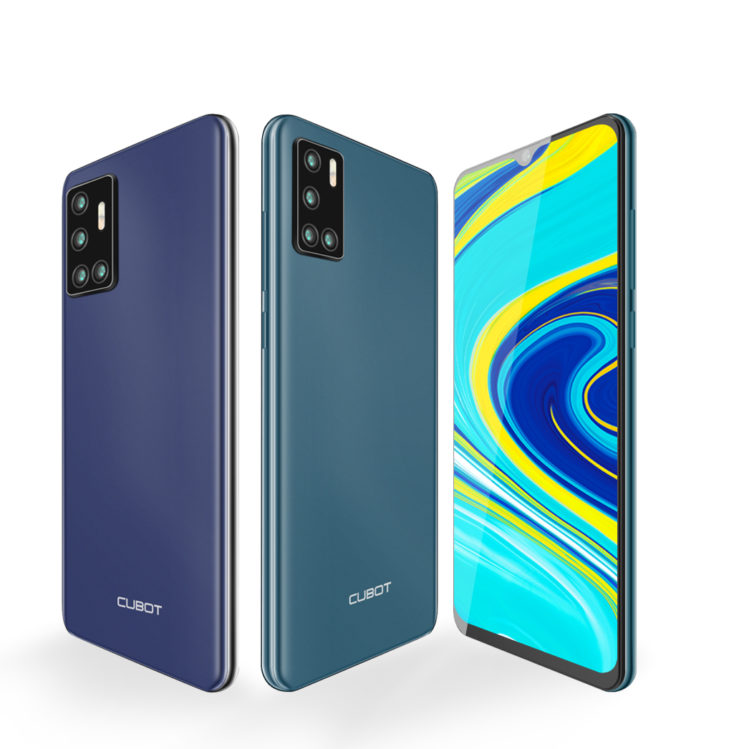 On the back it is then clear why it is the Cubot P40. Cubot relies here on a rectangular camera module for the quad camera, which strongly resembles the Huawei P40. The four camera sensors are arranged in an “L”. The Cubot P40 is available in the colors black, blue and green and weighs 184 g.

Is a quad-core processor 2020 sufficient?

The difference between premium smartphones and their imitators often only becomes clear when you take a look inside. Cubot integrates the MediaTek MT6761 aka Helio A22 quad-core processor into the P40. The CPU was presented in 2018 and is also found in the now aged Redmi 6A from Xiaomi, for example. After all, there are 4 GB RAM and 128 GB mass storage, which can even be expanded via microSD card. But for this you have to give up one of the two Nano-SIM slots.

What’s interesting about the Cubot P40 is not only that the battery is at least averagely large at 4,200 mAh, but that the battery is also replaceable. This is a long forgotten “feature” that we also mentioned positively in the Cubot Magic test back then. The battery should actually lead to a passable runtime of 1 to 1.5 days due to the weak processor. But you can only charge it with a maximum of 10 watts.

Get the Cubot P40 Best Price From CELLULAR KENYA,NAIROBI

Samsung Galaxy A6 Plus